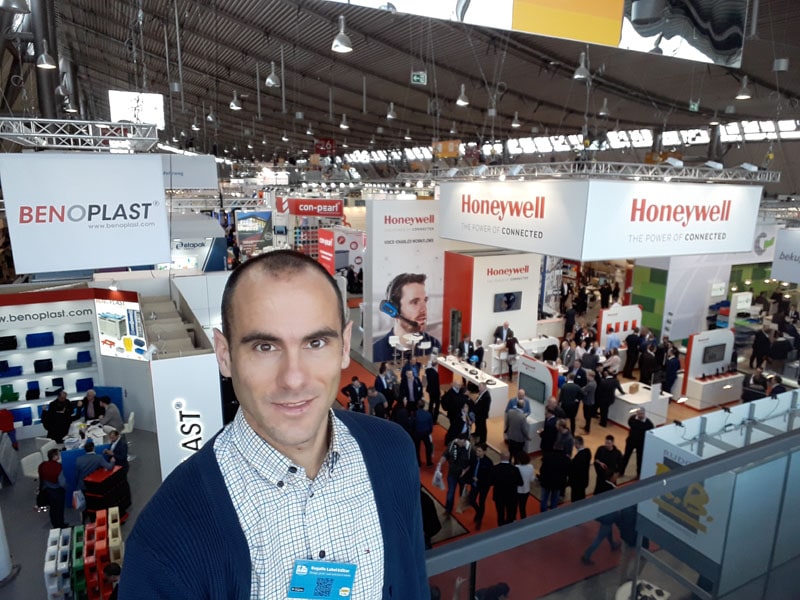 During the past February 19, 20 and 21 I was in Logimat, in the fair dedicated to logistics and all the processes related to it, among which are the packaging and labeling.

The fair took place in Stuttgart, in the fairground that is annexed to the airport. For visitors who arrive by plane and intend to make a one-day visit, or those who do not plan to leave the site and stay in any of the dedicated hotels, this makes your location very comfortable.

I made a base in the city of Stuttgart, so in the early hours of the morning I used to take a S-Bahn on lines 2 or 3, which leaves you from the Stuttgart central station at the fair in about 25 minutes. The fair opens its doors at 9 o'clock in the morning and closes at 17 o'clock so in the afternoon we have to do the reverse trip.

Of the three days of the fair, the first was the one that had fewer visitors despite the fact that the visitors number was already high, and the next two were really overflowing with people so it can be said that the fair was a success for the organizers and a great opportunity for all the companies that came to her.

Of the 10 pavilions that made up the fair, pavilions 6 mainly, 4 and a part of the East entrance were where there were companies related to our sector so they were the pavilions where I moved the most.

As soon as you arrive you can save waiting time and go to the direct entrance door if you have your ticket printed, in the hall there is a large closet to leave your warm clothes and even your suitcase, which is great if the last day you go directly to the plane or to the train station without having to go through the hotel, or if you only make a day trip to squeeze it in a concentrated way.

Once inside I went directly to pavilion 6, which as I mentioned is the pavilion I was most interested in visiting. Upon entering, the stands of Cab, Honeywell, TSC, Toshiba, and Sato greeted you, being a good indicator of how positive these events are for companies in the sector. At the bottom of the same pavilion was Godex, with a very nice motorhome! And in the center of the pavilion were Brother, Epson, Zebra (with a very full stand and full of commercials), Bixolon, ... At the entrance This Quicklabel demonstrated its power in color printing. And of course, NiceLabel also had its stand with a number of business partners. But the following companies called my attention especially: 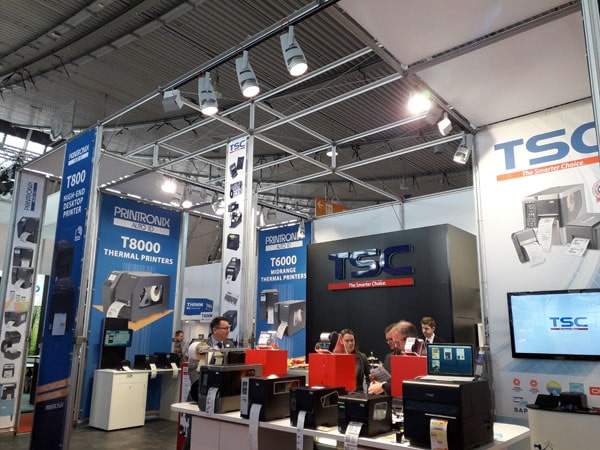 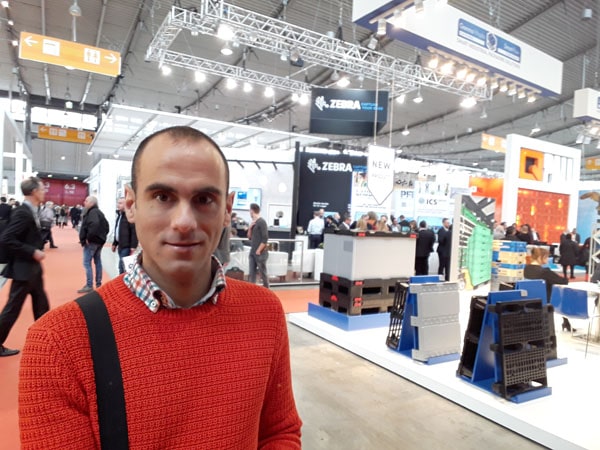 In summary, we value the visit to Logimat as something very positive and necessary for a company in the sector. In addition to having the opportunity to speak, contrast opinions and seek new possibilities with representatives of these companies, we come back with new challenges, opportunities and learning to improve the experience of our common clients.
It also gives a realistic approach to your position beyond your aseptic work environment or development, focuses on the direction of progress and opens new doors to opportunities and knowledge by being in contact with both suppliers and customers. Therefore I will try to be in new similar events, I have returned enthusiastic with being able to apply soon the opportunities and knowledge obtained.